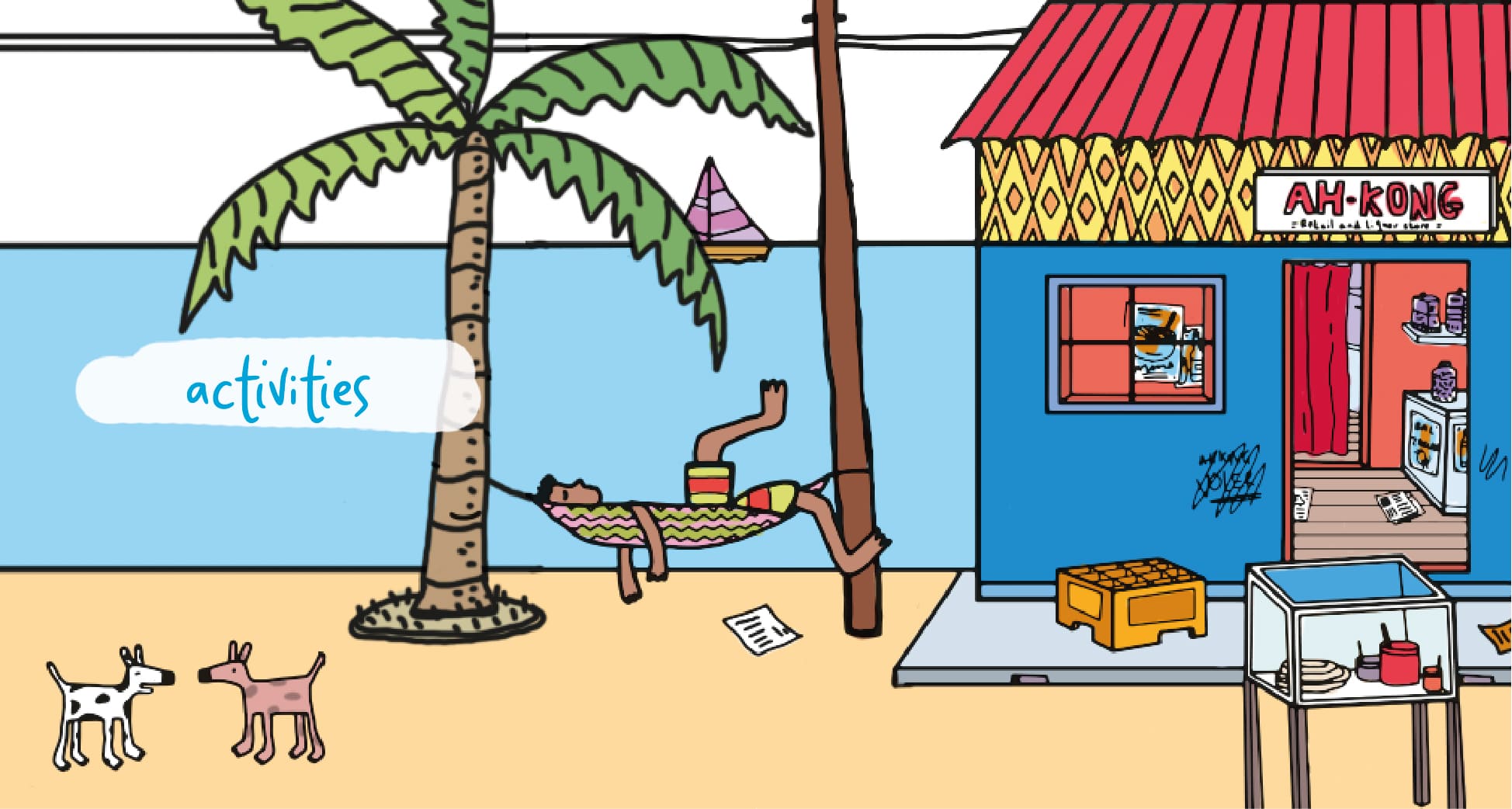 Clean your plastic bottles thoroughly and remove their labels.

Using the cutter, slice the green bottle just below its neck and in the middle for the fins.

Cut off plastic squares with the scissors until you are left with just two opposite slips: these will be the fins of your fish.

To create the eyes, cut off 2 small plastic circles in the blue bottle which we will later fix using the soldering iron.

Same for the dorsal fin.

Cut the blue bottle in two places: at its neck and 15 cm below. Then, slice a V to obtain the shape of your fish tail.

Take the second green bottle, make sure it’s perfectly sealed with its cap on and heat it up with the hair dryer to soften the plastic and shape the bottle.

Cut off the bottom of the bottle, remove the cap and and slice the bottle at its neck. Pierce regularly spaced small holes in the bottle. This will be the flank of the fish.

Bring together the head and the body.

Using the cutter, fix the dorsal fin to it by making a small indentation and fixing it with the soldering iron.

Written with love by Elodie