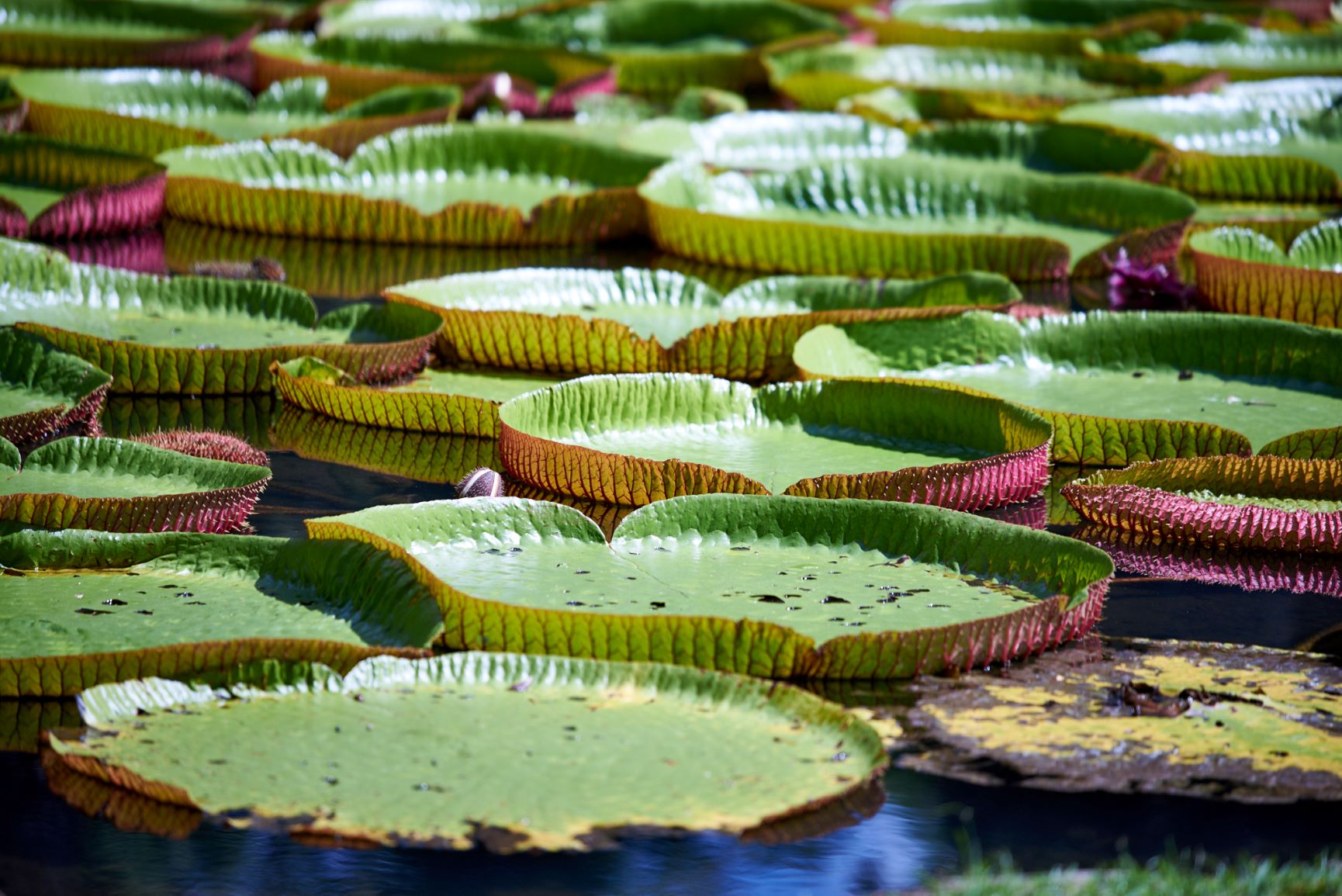 Pamplemousses Garden and its surroundings. A 250 years old magical green interlude, an exotic and poetical trip, a glimpse of bygone days life in a village, cradle of Mauritian history.

The Mauritius National Botanical Garden or Sir Seewoosagur Ramgoolam Botanical Garden, (SSR Botanical Garden), renamed after the Prime Minister who brought Independence to Mauritius, is commonly known as Pamplemousses Garden. Some say it is the world’s most beautiful botanical garden! Although very beautiful, this assertion might be a bit bias! It can only boast being the oldest in the Southern Hemisphere. Nevertheless, it is above all, a blissful haven. Imagined and created in 1770 by Pierre Poivre, a French botanist who was then administrator intendant of Isle de France (in present-day Mauritius), the garden stretches over 30 hectares. It is populated with great varieties of trees, medicinal plants and spices, including a number of rare and endangered endemic species.

In the XVIIIth century, the garden, is part and parcel of the very coveted village: Pamplemousses. Just opposite the majestic gates, you will find Saint François d’Assise, one of the oldest churches on the island, built in 1756. The novelist Bernardin de Saint Pierre’s heroes, Paul and Virginie, our local Romeo and Juliet used to meet there on Sundays!

Its neighbouring cemetery has a full time 74 years old guardian angel called Raymond who looks after this most valuable treasure. A fit and busy maintenance man on a voluntary basis, he has been pushing his wheelbarrow around the cemetery for the last 23 years under sun and rain; he knows all the inside outs of the tombs and their well-known occupants and is not shy with words! He spends his days conversing with the dead and has more than one story about most of those chic families living then in Pamplemousses! Reverend Antoine Buonavita, Napoleon’s chaplain on Saint Helena, a companion at sea of the famous navigator’s and privateer’s Robert Surcouf, Madame Autard de Bragard, a well-known lady of the time who inspired French poet Baudelaire with his “La Dame Créole”, and so on and so forth… 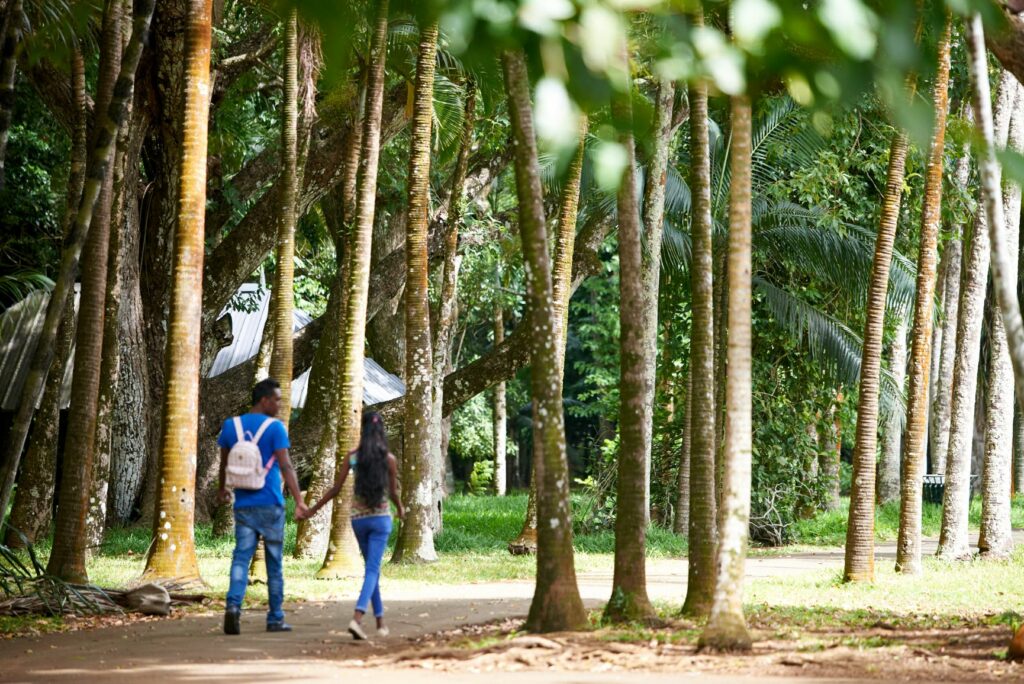 As you enter the garden by the main entrance, you can only be admiring. The impressive white Victorian cast iron gate stands majestically in front of you with its white railings running along the walls. A masterpiece winning the first prize at the International Exhibitions at London’s Crystal Palace in 1862! This is history… Reality is the pineapple and coconut vendor’s shouts trying to catch your attention and Mohammed, the polyglot who speaks 20 languages, so he says, and wishes a warm welcome to all visitors from all over the world.

Among the sites and attractions at the SSR Botanical Gardens are The Chateau de Mon Plaisir built in 1823 on the site of the former residence of French governor Mahe de Labourdonnais. It is now listed under the Protected National Monuments of Mauritius. In front of the Chateau, a number of trees have been planted by notable political figures such as Nelson Mandela, Indira Gandhi, Princess Margaret and François Mitterrand among others… They are all part of the garden’s history now…SSR Memorial, a funerary monument, also known as the Samadhi, can be found near the Chateau de Mon Plaisir where a lotus flower representing wisdom and spirituality sits on top with the inscription ‘In beloved Memory of the Father of the Nation’. Sir Seewoosagur Ramgoolam was Prime Minister for 20 years, between 1962 and 1982. With or without a guide, the watchword here is: take your time, do not hurry, enjoy nature in the shade of the trees or under one of the kiosks.

One of the main attractions of the garden is the large rectangular Victoria Amazonica pond with giant water lilies. Discovered in the Amazonia and named after Queen Victoria, it was introduced to the Mauritian gardens in 1927. Their leaves can grow up to 3 meters in diameter and their flowers bloom for only 2 days before sinking to the bottom of the pond.
The garden has over 650 varieties of plants, among which are Baobabs, Oleanders from West Indies, camphor trees from China, breadfruit trees from the Philippines or lychee trees from Cochinchina (nowadays Vietnam). There are over 80 different species of palm trees in the garden, including the Talipot palm, once every 50 to 70 years they throw their 3 meters white panache into the sky for a few weeks… and then wave goodbye for ever!

The garden hosts a number of animals including deer from Java introduced by the Dutch and the Aldabra giant tortoises from Seychelles. They were first brought to the garden in 1875 in an effort to protect their young from being preyed on by seabirds or hunted by humans. The Garden, a playground for big and small explorers. Make sure you get a map or plan before starting the treasure hunt! 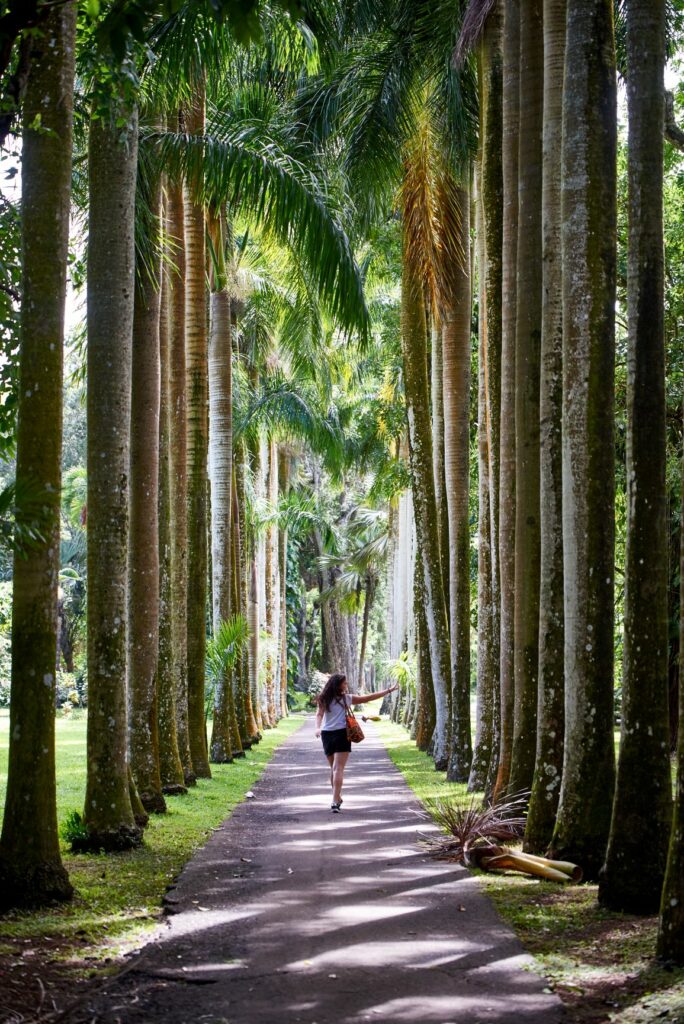 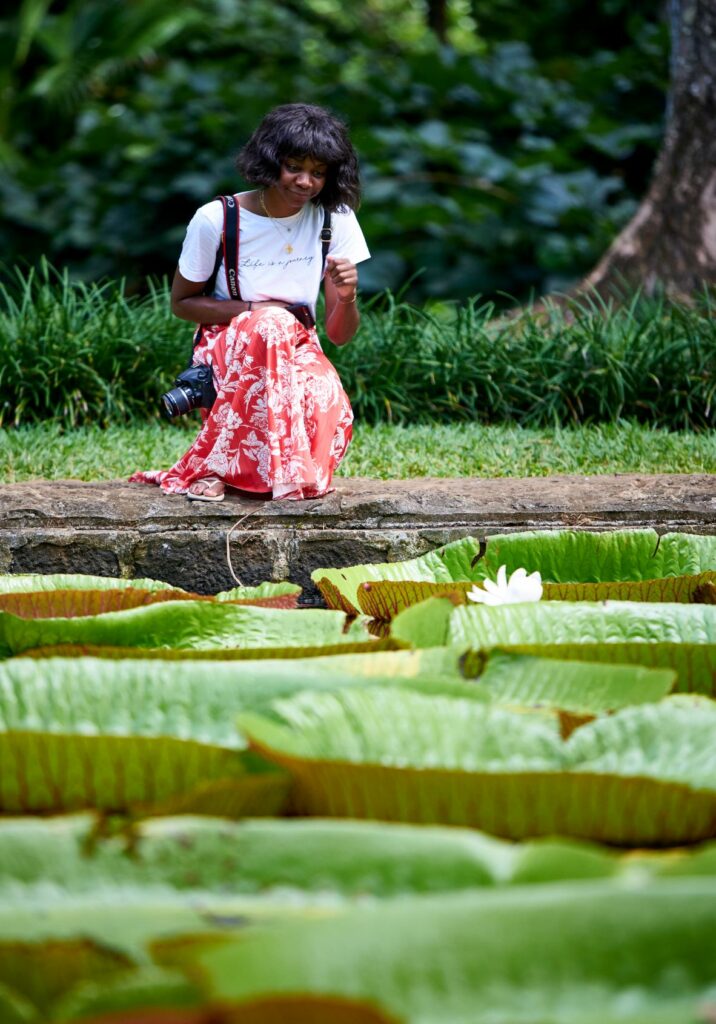 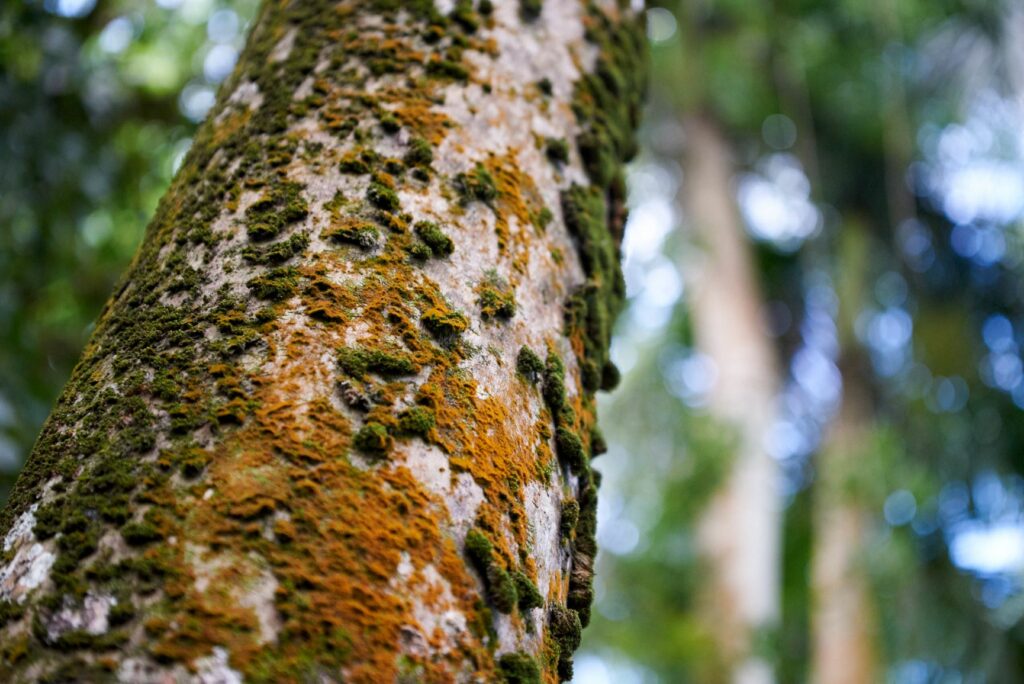 Written with love by Esther

@attitude_hotels
🍍 Try something different! Accompanied by a pin

The Central Market of Port Louis is not only a mel

Do you know how to dance the Sega? 💃🇲🇺