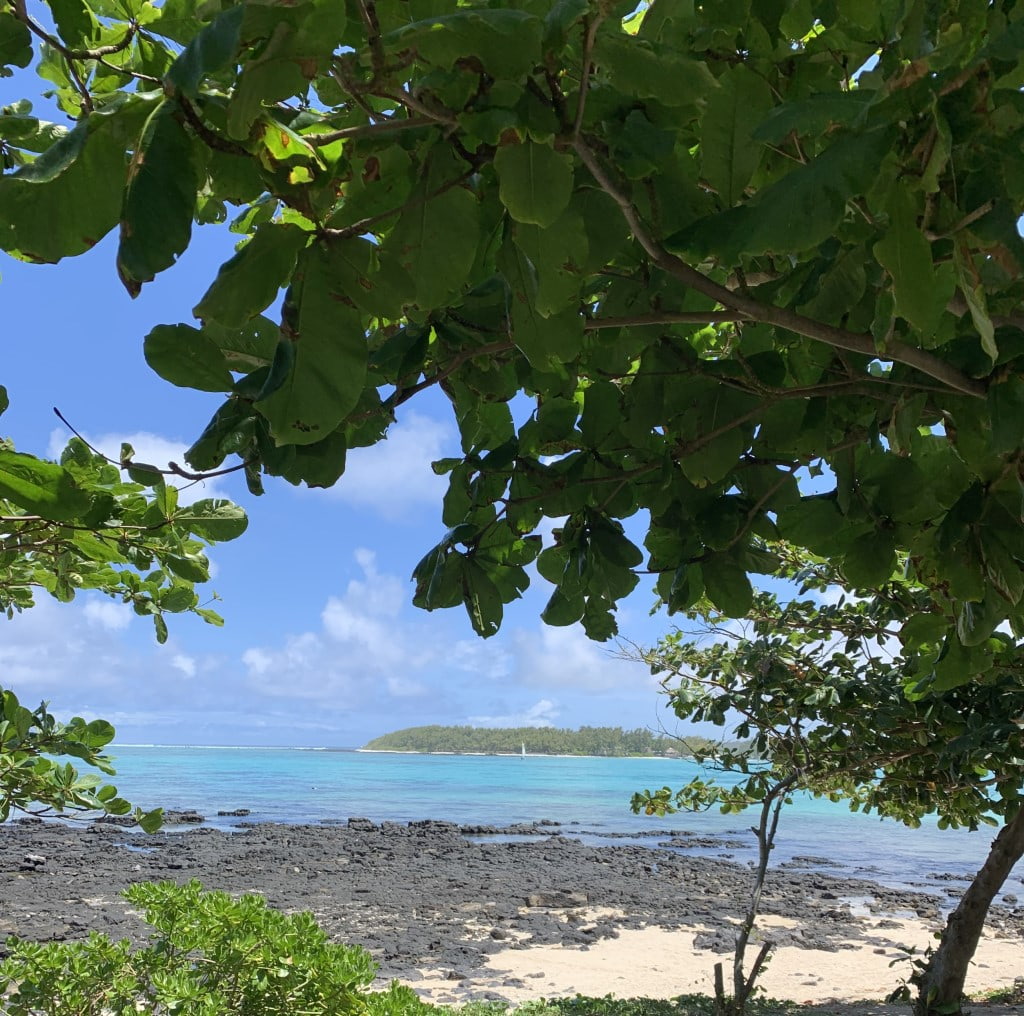 Known for its multiculturalism, and the harmonious coexistence of different religions, Mauritius is an exception to the world. Christmas, Cavadee, Eid, Maha Shivaratri: the Mauritian calendar includes 15 public holidays to celebrate each community’s religious holidays. And when it comes to celebrating, Mauritians don’t hold back. Visit any public beach on any public holiday and you’ll typically experience an occasion that’s ritual, convivial and joyful.

Having heard rumours of an especially-memorable August 15th party on Blue Bay Beach, I decided to sample this unique experience…

Celebrating not just the Virgin Mary, but also all women named Mary (Catholic women often have Mary as their first name, and particularly so in Mauritius), August 15th isn’t only an essential feast for the island’s Christian community, but also for the rest of the population.

With the famous date approaching, I wondered where best to celebrate it. After soliciting advice from my Mauritian friends, the answer became clear: a public beach.

Since the ‘Fête Marie’ (or, more formally, Feast of the Assumption) was a special day, I wanted a place that was just as special. It was then that I remembered: when I arrived in Mauritius, I sighted an immense lagoon that unfolded before my eyes. I’d promised myself I’d come back and explore this incredible place in the island’s far southeast.

My friends told me more about Blue Bay Beach, a white-sand wonder south of Pointe d’Esny, and about the rare corals and kaleidoscopic fish of its surrounding marine nature reserve.

Before even setting foot there, I was already picturing an incredible landscape with vibrant colours to dazzle me. So my imagination had imposed its answer: I would spend August 15th in Blue Bay.

On the road to Blue Bay

Before exploring Mauritius, I’d looked at maps, measuring distances and estimating kilometres. I realised that, in a country stretching 70 kilometres from north to south, and 40 kilometres from east to west, everything is accessible inside a day for anyone with a car.

All the lights are green as I start my expedition from Anse La Raie to Blue Bay. Considering that journeys are a quintessential part of the experience, I also opt to ignore the fastest route, which consists of travelling southwest to capital Port Louis and then crossing via the successive towns of Beau-Bassin, Rose-Hill, Quatre Bornes, Curepipe and Rose-Belle to the south-eastern point.

Instead, as the sun rises, I set off along small coastal backroads that lead me to villages with magical names: Poudre d’Or, Roches Noires, Trou d’Eau Douce.

As the streets awaken, as families gather to attend mass, small stalls appear on the roadsides. People stop there, then mysteriously walk away bearing big boxes. The puzzle is solved when I stop at another village, Quatre Sœurs. Next door to the cornershop, where I’ve just bought water, a tiny bakery is completely full; in its window, I glimpse for the first time rows of ‘Marie cakes’ – thick sponges covered with blue and white sugar, then topped with a Virgin Mary statuette.

This must-have snack of the day is responsible for a queue on the sidewalk, its occupants swept up in the festive atmosphere of this extraordinary day. Suddenly, a man on the sidewalk addresses me in Creole: “Se ki pena Mari, asté Marie!” I hear laughter around me, when another man, smiling, comes to thankfully explain it to me. “This is the joke of the day,” he says, smiling. “It means: if you don’t have a husband, buy a Marie cake!“

Keen to follow such sage advice, I approach the sweet shop, hand over my rupees and leave carrying a huge Marie cake.

After a good two hours of driving, I arrive at Blue Bay under a bright sun. Southern Mauritian winters typically offer pleasant temperatures and clear skies, punctuated only by a few white clouds. So it is on this beautiful day I park on the side of the road, then walk to the Blue Bay’s pristine, perfect beach.

Many Mauritian families have already taken their place under the casuarina trees. The presence of rugs, chairs, folding tables and tents portend long hours spent dining and chatting. Their children, meanwhile, run on the beach breathlessly before splashing and jumping into the translucent water.

Sitting a few metres from a Mauritian family, I hear laughter, the noise of dishes being cleared and Creole words which I don’t understand. Come dessert time, unable to eat it on my own, I get up to offer them my “Marie cake”. This, then, is how I meet Shanti, Vikash, Soweeta and Ajagen. They are Hindus, but still they celebrate the Virgin Mary – typical of Mauritius. Every year, I learn, they travel from their central village of Mont Blanche to celebrate the Fête Marie at Blue Bay – renting a van, cooking a curry and assembling every generation.

When I ask them where to go diving to see the marine park’s famous ‘Cerveau de Vénus’ – supposedly the Indian Ocean’s largest brain coral at over five metres in diameter, and more than a millennium old to boot – the grandmother waves her arm to the right, speaking Creole. But then the children and grandchildren burst out laughing. “Don’t listen to her,” they say fondly, “she didn’t understand your question. She doesn’t know anything about corals and she can’t swim!“

I decide to go on an impromptu underwater exploration and to be led by my instincts. When I later step out of the water, amazed by the lagoon’s wonders, the sun is beginning to go down. Beachgoers now dance to the sound of the tambourine-like ravanne, their bodies swaying under the influence of rum.

Day then gives way to evening, and it’s time for me to hit the road again. I pick up my things, say goodbye to new friends and return to my car. As I roll through the night, August 15th’s colours, voices, smells and sounds – not to mention the taste of its Marie cake – are already filling my head with happy memories.

Written with love by Camille Ducasse